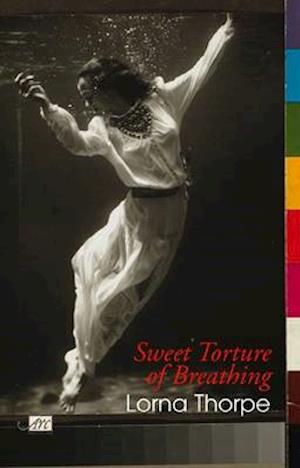 'Don't still, my beating heart' Lorna Thorpe writes in her second collection, 'Sweet Torture of Breathing'. It's a sentiment that reverberates throughout a book that deals with her close brush with death following a cardiac arrest, and the psychic death that preceded it. Here are poems that take a wry, feisty look at therapy, meditation, drug smuggling, acupuncture, angels, sex in hotel rooms and the platitudes of self-help books. The central section is a series of poems about people who died before their time, among them Janis Joplin, Maria Callas, Virginia Woolf and Ethel Rosenberg. But Thorpe is still here to tell her tale and she concludes with a section that shows her feeling her way back to life in poems that celebrate the sensual pleasures and chaos of love and living. As before, cultural references - from 'Cabaret' and 'The Corpse Bride' to 'Six Feet Under' and 'Atonement' -- layer her work and extend its autobiographical reach. Plain-speaking and engaging, Thorpe's distinctive voice is carved out of the defiance and vulnerability of a survivor who isn't afraid to laugh at herself.

Forfattere
Bibliotekernes beskrivelse This second collection deals with Lorna Thorpe's near brush with death following a cardiac arrest, and the psychic death that preceded it. There are also poems about people who died before their time, but Thorpe is still here and concludes with poems celebrating the sensual pleasures and chaos of love and living in a defiant and vulnerable voice.