- 125 Years of Baseball and the Louisville Slugger 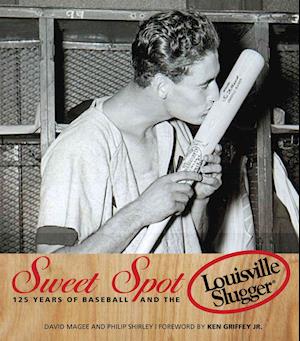 Away from the game and the players for which it was crafted, the baseball bat is a sleek but humble creation. Yet in the hands of batters both young and old who have been stepping to the plate on diamonds around the world for more than a century, the bat is a powerful tool, capable of yielding lasting memories or making legends of a lifetime. And no bat has had more impact on baseball and the players of the game than Louisville Slugger, the tool of the trade used by millions-from the major leagues to college and youth leagues. In accordance with Louisville Slugger's 125th anniversary, the complete history of the bat, its impact on the game, and the ongoing story of Hillerich and Bradsby's family business is told in these pages. Blending firsthand stories from former and current major leaguers with details from more than 100 years of craftsmanship and contribution, this comprehensive history of baseball's bat and its impact on America's game is a must-have and must-read for anyone who has ever stood at the plate waiting on a pitch-or watched as a fan-hoping for a miracle.