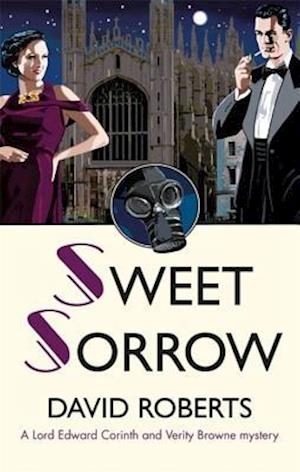 A murder mystery featuring Lord Edward Corinth and Verity BrowneAugust 1939, the last hot days of a perfect English summer as the certainty of war descends. Newlyweds Lord Edward Corinth and Verity Browne are determined to spend these last days of peace quietly in their new house in a sleepy Sussex village - a honeymoon of sorts. But fight against it as he might, for Edward it turns out to be a busman's holiday. When poet Byron Gates is bizarrely murdered after the village fete - executed, in fact, his head chopped off on a wooden block - Edward is asked to investigate.Alas, murder is not yet done with Verity and Edward, for even in the hallowed studios of Broadcasting House, murder dares to rear its ugly head. Before Verity can take up her new foreign posting, there are more deaths and the intrepid couple embark on one of their most dangerous investigations to date.Praise for David Roberts:'A gripping, richly satisfying whodunit with finely observed characters, sparkling with insouciance and stinging menace' Peter James'A really well-crafted and charming mystery story' Daily Mail'A perfect example of golden-age mystery traditions with the cobwebs swept away' Guardian