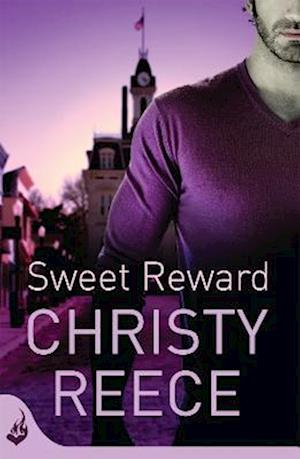 For fans of Maya Banks, Nina Bruhns, Pamela Clare and Julie Ann Walker. The ninth novel in New York Times bestselling author Christy Reece's addictive Last Chance Rescue series of sexy suspense and thrilling adventure. Adrenaline junkie Jared Livingston has found the perfect blend of exhilaration and danger in his new job at Last Chance Rescue. Raised to depend only on himself, Jared tried marriage, but the end of the relationship renewed his belief that he was meant to be a loner. Now a desperate plea from his ex-wife puts Jared in the unique position of using the skills she despised to rescue her missing daughter. The case brings Jared face-to-face with Mia Ryker, the only agent ever fired from LCR - for playing too far outside the box. Now Mia's back, and as a team, they're as compatible as fuel and fire. Their search for the innocent child takes them to places neither have been before - to the edge of danger and to the edge of their hearts.Don't miss the other pulse-pounding novels in the Last Chance Rescue series, Rescue Me, Return To Me, Run To Me, No Chance, Second Chance, Last Chance, Sweet Justice, and Sweet Revenge, or the steamy southern suspense of the Wildefire series by Christy's alter-ego Ella Grace which begins with Midnight Secrets.