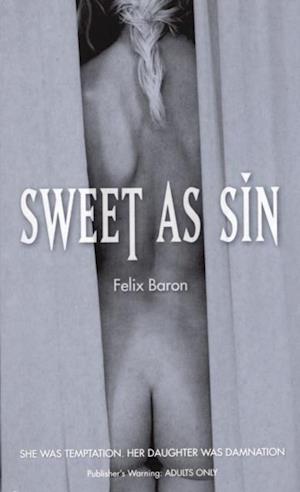 Trixie, a widow, was petite, curvaceous, wealthy and sexually adventurous. Rolf, a widower, was tall, good-looking, even wealthier than Trixie and had been celibate for far too long. His son and Trixie's daughter made a handsome couple. Both relationships seemed to have been made in heaven, except that Rolf lusted after the daughter as much as he did the mother. Penny, he discovered, only looked pure. Beneath her innocent exterior, she was ten times as kinky as her mother. Penny was sweet, alright - as sweet as sin.