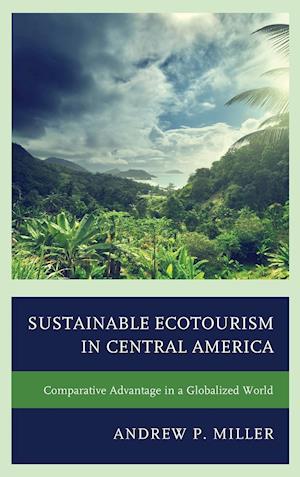 Sustainable Ecotourism in Central America: Comparative Advantage in a Globalized World examines the factors necessary for Nicaragua, Panama, and Belize to implement an economic development model based on the growth of ecotourism and foreign direct investment. In order to determine what factors are necessary to implement this model, this book analyzes the state of ecotourism development in Costa Rica and the lessons that the Costa Rican case can provide for other Central American states. It also assesses the effects of globalization and the increasing implementation of free market policies on the development of ecotourism. The book ultimately argues that globalization and neoliberalism have made it more likely that states will be able to adopt a development model based on ecotourism and foreign direct investment due to the manner in which neoliberalism and globalization help to create ever-increasing economic interconnectedness and openness. While globalization has served to shrink the world and make it easier for people to travel, the economic openness of neoliberalism has facilitated global flows of both tourists and international capital into every corner of the world. Understanding the way globalization and neoliberalism interact with ecotourism development and foreign direct investment is the key to formulating policy recommendations for states in Central America to jumpstart their economic development.