Survivors of the Lost Colony 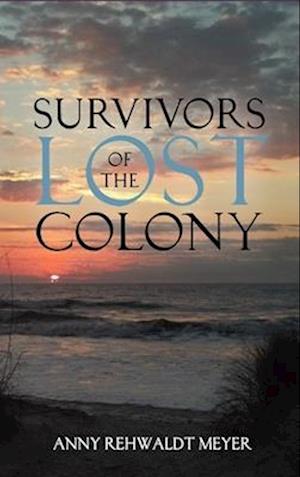 In the Spring of 1587, 120 Londoners loaded onto three ships to set sail to the New World. Sir Walter Raleigh had offered them 500 acres each to start a colony in what he had named Virginia. John White was the leader of this group. His daughter Eleanor and son-in-law Ananais were among them. Eleanor was pregnant with what she calculated would be the first English baby born across the ocean.

After a harrowing voyage, their Portuguese ship captain dumped them all off several miles south of their intended landing site on the Chesapeake Bay. Trying to make do on Roanoke Island, one of the colonists was murdered by one of the local Native American tribes, making their situation fraught with fear. John White set off back to England to try to get help for the colonists. They needed food, soldiers, cows, chickens, and more colonists.

One man aboard the ship was glad to be back in the New World because it was his home. His name was Manteo and he was a well-respected member of the Croatian tribe who lived just inland from Roanoke Island. He had become good friends with Eleanor Dare on the voyage, teaching her to speak his native language. Manteo was an excellent hunter and fisherman and helped feed the British colonists with venison and seafood.

The situation deteriorated and it became known that although the Croatians were friendly to the British, other tribes wanted them all dead. Ananias was killed while he and Manteo were away from the encampment. Manteo immediately suggested to Eleanor that she and her baby, Virginia, accompany him to his village. The rest of the British would have to fend for themselves heading south to try to outrun the hostile tribesmen.

Eleanor convinced Manteo to take her back to the British encampment to leave a message for her father who she was sure would be back with help in a few months. She carved the word Croatian on a tree to let him know where she was. While there they found one of the young boys from the expedition, nearly dead from thirst and hunger. As they nursed him back to health, they learned from him the fate of all the other colonists. Dead. Every one of them.

It turned out that John White was unable to secure a ship to bring help to the colonists because Queen Elizabeth ordered that all ships would be used to defend against the coming Spanish Armada. He wasn't able to return to Roanoke Island for three years and when he did make it back, he found nobody there, only the message Croatian. A pending storm kept him from searching inland for Eleanor and he was forced to return to England once more.