- Nizari Quhistani and the Continuity of Ismaili Tradition in Iran 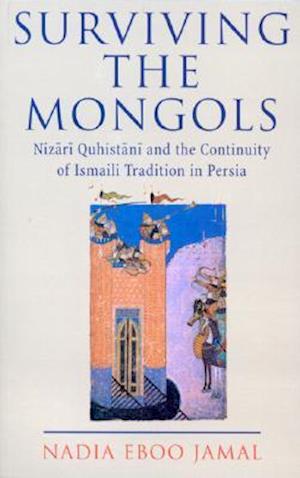 The Mongol invasion of Iran in the 13th century was a catastrophic event for all its inhabitants. For the persian Ismaili in particular, it put an end to their political aspirations and independent existence for many centuries. It has been held by many historians that subsequent to the fall of the central Ismaili fortress of Alumut to the Mongols, the community was virtually extripated from the region and its institutional network dismantled until its revival in the 16th century under the Safavid dynasty. Such an expansive view of post-Alumut Ismailism is questioned by this study which examines the poetic writings of Nizari Quhistani, one of the Ismaili authors who survived the Mongol invasion. The evidence of his writings demonstrate that while the Ismaili community was seriously impaired, its organizational structure and internal coherence were in no means decimated but continued to operate in different forms through the Mongol period of Persian history.

Forfattere
Bibliotekernes beskrivelse This study examines the writings of Nizari Quhistani, one of the Ismaili authors who survived the Mongol invasion in the 13th century. The evidence of his writings demonstrate that while the Ismaili community was impaired, its organizational structure and internal coherence continued to operate. 1 map