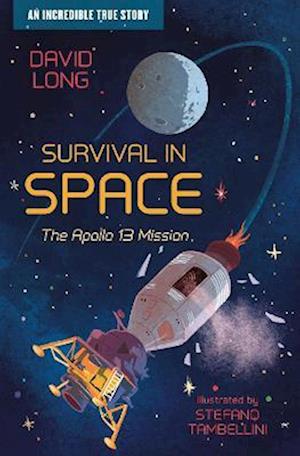 April 1970: Apollo 13 was launched from the Kennedy Space Center in Florida. It should have been the third manned Apollo mission to land on the moon. But when an explosion on board damaged the spacecraft, it became a perilous and near-impossible fight for survival. The crew on board travelled further into space than any other humans before them ... In this gripping retelling of the astonishing Apollo 13 mission, David Long shows how courage, determination and teamwork succeeded in beating all odds to bring the spacecraft home. Particularly suitable for struggling, reluctant or dyslexic readers aged 8+

Forfattere
Bibliotekernes beskrivelse A fact-filled and captivating recounting of Apollo 13's nail-biting mission to the moon and the disaster that derailed it, from Blue Peter Book Award winner David Long. Particularly suitable for struggling, reluctant or dyslexic readers aged 8+ 30 Illustrations, black and white