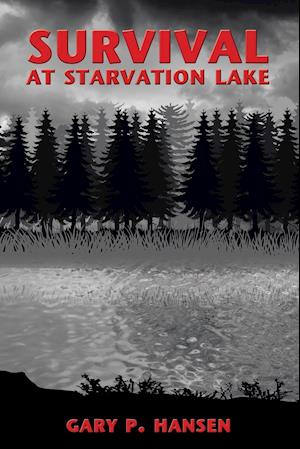 Most people would say that Sally McPhearson has it all.

As CEO of a major Canadian Corporation, she is a wealthy and powerful woman. Most of Sally’s business acquaintances like her—almost all fear her. Sally’s career has become her whole life, but even she can’t explain why she has allowed her job to consume her time and energy to the point where a personal and social life is virtually non-existent. Beneath her cold, hardened facade, Sally carries a dark secret, one she’s managed to hide from everyone—perhaps even herself.

A corporate jet, or even her own private jet, would have been within easy reach for her, but Sally prefers to fly commercial. It was sort of her “trademark.” On the fateful day she boards a small commuter plane to attend a meeting in Toronto, she has no idea how abruptly her life is about to change.

Panic fills the cabin when the plane loses an engine and crashes. Sally must now face months filled with pain, suffering, hunger, despair and fear. Against overwhelming odds, the survivors struggle to overcome daily adversities and hardships.

Sally is determined to survive at any cost, but not even she could predict how the experience would change her forever.

What readers have said:

“I had to get up early the next morning and I was sleepy, so I went to bed early and thought I would just read a few pages before I went to sleep. I finished the book at 2:00 AM.”

“I loved this book, it is just the type of book I like to read, very exciting, I didn’t want to put it down.”