- An Encyclopedia of History, Politics, and the Law 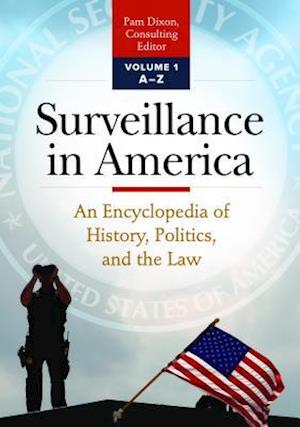 An excellent resource for high school and college students, this book surveys the size, scope, and nature of government surveillance in 21st-century America, with a particular focus on technology-enabled surveillance and its impact on privacy and other civil liberties.The advent of online, cellular, and other digital networks has enabled today's government surveillance operations to become more extensive and far more thorough than any other programs before them. Where does the line between taking actions to help ensure the safety of the general population against terrorism and other threats and the privacy of individual citizens lie? Is there any such clearly defined line anymore? This two-volume set examines the key issues surrounding government surveillance and privacy in 21st-century America, covering topics ranging from the surveillance conducted during colonial days, which inspired the Fourth Amendment, to the new high-tech developments that pose unprecedented potential challenges to the privacy of millions of Americans. Readers will gain insight into the complex challenge of interpreting the Fourth Amendment protections against warrantless, unreasonable government searches and understand how changes in the methods by which the U.S. government carries out counterterrorism and law enforcement activities influence its relationship with American citizens and businesses.* Provides up-to-date perspectives on the current-day challenges regarding surveillance in America and recent events such as government response to Edward Snowden that tie these modern topics to the historic roots of surveillance issues in the United States * Presents information that is accessible and useful both to those with little understanding of technology and those who are tech-savvy* Impartially explains the full range of perspectives on relationship/tradeoffs between national security and crime-fighting benefits of surveillance and the erosion of personal liberties and privacy* Includes primary source documents such as essential laws, court rulings, Justice Department statements, presidential statements, and Congressional testimony from national security experts and civil liberties advocates