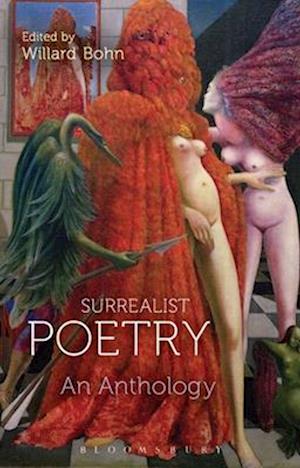 Surrealist Poetry presents new English translations of nearly 150 poems alongside their original French and Spanish versions.Founded by Andre Breton in 1924, Surrealism sought to examine the unconscious realm by means of the written or spoken word. Seeking to expand the ability of language to evoke irrational states and improbable events, it consistently strove to transcend the linguistic status quo. By stretching language to its limits and beyond, the Surrealists transformed it into an instrument for exploring the human psyche. The twenty-three poets in this collection come not only from France, where Surrealism was invented, but also from Spain, Belgium, Martinique, Mauritius, Catalonia, Mexico, Chile, and Peru. Three of them were awarded the Nobel Prize for Literature (Vicente Aleixandre, Pablo Neruda, and Octavio Paz). Equipped with a critical introduction and a brief bibliography, this anthology will appeal to anyone interested in modern literature.