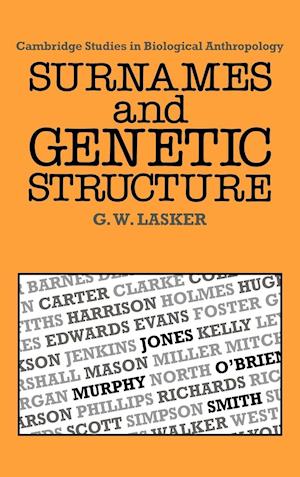 Surnames are inherited in much the same way as are biological traits. Since surnames were generally adopted - in Europe during Medieval times - their distribution has become very uneven: analysis of the present geographic patterns provides an insight into the kind of redistribution of genes that has resulted from all the migrations of the intervening years. Using non-technical language and a minimum of mathematics, this book presents a lucid description and evaluation of these studies of the genetic structure of human populations. A special feature is the appendix which presents computer-generated maps and distribution diagrams of 100 common surnames in England and Wales.