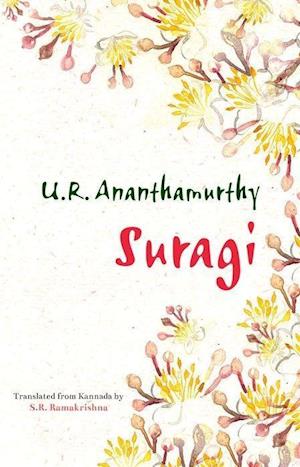 U.R. Ananthamurthy (1932-2014), author of Samskara and such other contemporary Indian classics, wrote in Kannada. Born in the heart of the Western Ghats, he grew up in an atmosphere steeped in Vedic thought. Suragi is his autobiographical work where he recounts how he grappled with questions of religion and secularism, orthodoxy and modernity, authoritarianism, and democracy. Drawing from Indian thought, he developed the concept of the criticalinsider, arguing that criticism of a culture becomes genuine and worthy of acceptance when it comes from one living within it. His evocative writing portrayed relationships shaped by the flux of contemporary India. He won the highest literary honours in India, including the Jnanpith, and was shortlisted for the Bookerprize. He headed the National Book Trust and Sahitya Akademi, and served as vice-chancellor of Mahatma Gandhi University, Kottayam. Travelling across the world, Ananthamurthy served as a cultural ambassador who represented India through its ideas and metaphors. He did not shy away from unpopular stands, and remained a daring writer and provocateur till the very end. Suragi tells the story of his life. 'Suragi' is the flower that leaves behind a sweet fragrance long after its freshness is no more.

Forfattere
Bibliotekernes beskrivelse Suragi is the autobiography of UR Ananthamurthy (1932-2014), author of Samskara, Bharathipura, Avaste, and such other contemporary Indian classics. He grew up in an atmosphere steeped in Vedic thought. In his autobiography he recounts how he grappled with questions of religion and secularism, orthodoxy and modernity, authoritarianism, and democracy.