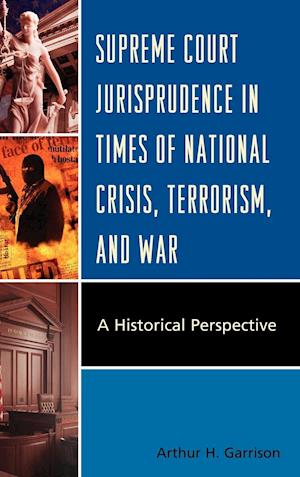 From the foundation of the American Republic, presidents have had to deal with both internal and external national security threats. From President Washington and his policy of neutrality during the wars between Great Britain and France in the eighteenth century, to President Lincoln and the war to save the union, to President Wilson during the war to end all wars, to President Roosevelt and war of the Greatest Generation, to President Truman and his steel during the forgotten war, and most recently to President Bush and the War on Terror, presidents have had to use their power as commander-in-chief to meet the challenges of national crisis and war. The judiciary, specifically the Supreme Court, has also played an integral part in the historical development and defining of the commander-in-chief power in times of war and national crisis from the earliest days of the republic. How these powers have grown is a consequence of how the presidents have viewed the office of the presidency and how the judiciary has interpreted the commander-in-chief and executive power clauses of the U.S. Constitution over time. Supreme Court Jurisprudence in Times of National Crisis, Terrorism, and War provides a chronological review of the major national security and war events in American history. Garrison reviews the great debates between Hamilton and Madison and Chief Justice Roger Taney and Attorney General Edward Bates on presidential executive power and how subsequent presidents have adopted the Hamiltonian view of the presidency. He also examines how Article III courts, specifically the Supreme Court, have defined, expanded, and established boundaries on the commander-in-chief power. With this historical backdrop, Garrison reveals how, for over two centuries, the judiciary has defended the rule of law and maintained the principle that under the U.S. Constitution neither the guns of war nor threats to safety have silenced the rule of law.