indgår i serie Football Research in an Enlarged Europe 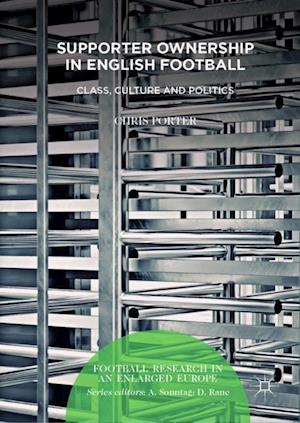 This book presents a fresh perspective on football fandom in England, going beyond existing debates surrounding the structural transformations English football has seen in recent decades, to consider the contested cultural ground upon which football fandom exists. Supporter Ownership in English Football connects cultural conflict experienced across society associated with negotiating structural changes such as globalisation, commodification and social exclusion, with supporter ownership in football - which is in itself an expression and reflection of broader social and political shifts in class-consciousness. Discourses of identity, authenticity, loyalty, ownership and above all, the possibilities and limitations for ordinary people to influence change, play a decisive role in how fans come to decide whether they could, or should, have a meaningful say in the future of their club and the game itself. While celebrating the achievements, progress and potential of the supporter ownership movement, the book is also careful to take account of the various setbacks, contradictions and limiting tendencies that continue to shape its developmental trajectory.Porter's relation of football supporter ownership to the political and social class dynamics of contemporary society will be of interest to scholars of sport studies, sociology, cultural studies and politics, and those interested in social movements, consumerism, identity, authenticity and community.