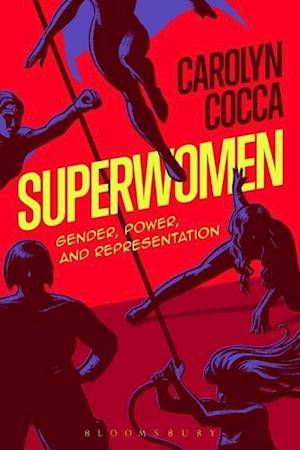 Winner of the 2017 Eisner Award in the Best Academic/Scholarly Work category2017 Prose Awards Honorable Mention, Media & Cultural StudiesOver the last 75 years, superheroes have been portrayed most often as male, heterosexual, white, and able-bodied. Today, a time when many of these characters are billion-dollar global commodities, there are more female superheroes, more queer superheroes, more superheroes of color, and more disabled superheroes--but not many more. Superwomen investigates how and why female superhero characters have become more numerous but are still not-at-all close to parity with their male counterparts; how and why they have become a flashpoint for struggles over gender, sexuality, race, and disability; what has changed over time and why in terms of how these characters have been written, drawn, marketed, purchased, read, and reacted to; and how and why representations of superheroes matter, particularly to historically underrepresented and stereotyped groups. Specifically, the book explores the production, representations, and receptions of prominent transmedia female superheroes from their creation to the present: Wonder Woman; Batgirl and Oracle; Ms. Marvel and Captain Marvel; Buffy the Vampire Slayer; Star Wars' Padme Amidala, Leia Organa, Jaina Solo, and Rey; and X-Men's Jean Grey, Storm, Kitty Pryde, Rogue, and Mystique. It analyzes their changing portrayals in comics, novels, television shows, and films, as well as how cultural narratives of gender have been negotiated through female superheroes by creators, consumers, and parent companies over the last several decades.