Supersymmetry and the Unified Superstandard Model 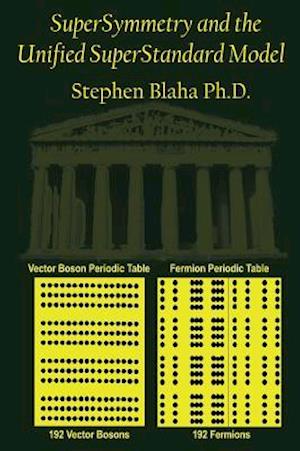 The author has been engaged in a seventeen year effort to build a unified theory of elementary particles and gravitation based on Quantum Field Theory, suitably extended to make it finite, and having asymptotic states that are well-defined in any coordinate system. Quantum Field Theory is without a doubt the most accurate theoretic framework that we have found. There is direct evidence for this claim in its ability to account for electromagnetic phenomena to incredible accuracy using Quantum Electrodynamics. No other scientific theory has achieved the degree of precision seen in the agreement of experiment and theory in fundamental electromagnetic phenomena.

This book describes a further extension of the author’s unified Extended Standard Model to a Unified SuperStandard Model of Elementary Particles and Gravitation. It develops a new formulation of the Layer group that creates four layers of four generations of fermions. It also creates four layers of vector bosons. The number of fermions, and of vector bosons, is 192 in both cases.

The book shows how a form of SuperSymmetry results, in which there is a U(192) group that ‘rotates’ vector bosons and fermions. We show it is possible to also define fermionic operators (numbering 192^2 operators) that can transform between vector bosons and fermions. When the theory is extended from 4-dimensional space-time to 192-dimensional space (the Megaverse), the U(192) group can then be extended to apply to Megaverse coordinates as well as fermions and vector bosons. Thus the U(192) symmetry group, which we call T-symmetry, becomes a ‘full-fledged’ symmetry group in Megaverse space. Megaverse superspace coordinates are also defined. In addition to this group, we also define a Complex Lorentz group with one time coordinate and 191 spatial coordinates.

Higher dimensional complex spaces, the lack of finiteness in perturbation theory calculations, and the need to have a form of quantum field theory that preserves particle numbers in asymptotic states, all lead to a ‘new’ more general form of quantum theory based on PseudoQuantum Field Theory, and Two-Tier quantum coordinates.

We show, in detail, that elementary particle theory is analogous to quantum finite state machines. We reinforce the concept that elementary particle physics and gravitation can be logically derived from fundamental principles in the manner of Euclidean geometry. We conclude by showing that physics only makes sense if there is an ‘Unmoved Mover’ as proposed by ancient and modern philosophers.