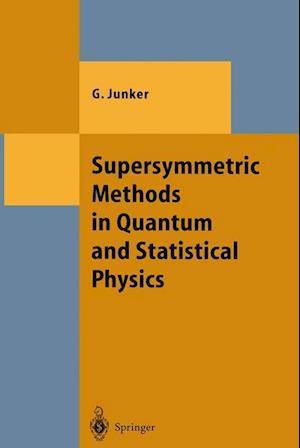 The idea of supersymmetry was originally introduced in relativistic quantum field theories as a generalization of Poincare symmetry. In 1976 Nicolai sug gested an analogous generalization for non-relativistic quantum mechanics. With the one-dimensional model introduced by Witten in 1981, supersym metry became a major tool in quantum mechanics and mathematical, sta tistical, and condensed-IIll;l. tter physics. Supersymmetry is also a successful concept in nuclear and atomic physics. An underlying supersymmetry of a given quantum-mechanical system can be utilized to analyze the properties of the system in an elegant and effective way. It is even possible to obtain exact results thanks to supersymmetry. The purpose of this book is to give an introduction to supersymmet ric quantum mechanics and review some of the recent developments of vari ous supersymmetric methods in quantum and statistical physics. Thereby we will touch upon some topics related to mathematical and condensed-matter physics. A discussion of supersymmetry in atomic and nuclear physics is omit ted. However, the reader will find some references in Chap. 9. Similarly, super symmetric field theories and supergravity are not considered in this book. In fact, there exist already many excellent textbooks and monographs on these topics. A list may be found in Chap. 9. Yet, it is hoped that this book may be useful in preparing a footing for a study of supersymmetric theories in atomic, nuclear, and particle physics. The plan of the book is as follows.