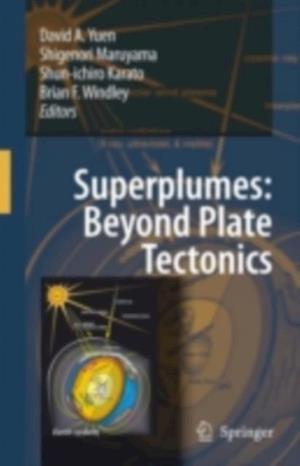 Forty years ago when plate tectonics was first discovered, there was a major shift in thinking in the Earth Sciences. Little was known at that time about the deep mantle because of the lack of knowledge about material properties, the absence of any seismic tomography or concepts such as mantle convection. Thus the theory of platetectonicswasbuiltonsurfaceobservationsandkinematicconstraints.Thetheory of plate tectonics is not independent but consists of several assumptions. Examples are the origin of arc magma, MORB or OIB, and the distribution of earthquakes and the plate margin processes are all part of plate tectonics theory. In the intervening years much progress has been made in all three burgeoning areas of mineral physics, seismic tomography and mantle dynamics, thanks to the technological advances in synchrotron radiation and supercomputers. Mineralphysicsstudieshaveprovidedsomeofthekeyparametersthatcontrolthe style of mantle convection. The style of convection in the Earth's mantle is largely controlled by complex material properties including the changes in density and v- cosityassociatedwithalargevariationinthepressureandtemperatureoftheEarth's interior. These key physical properties have become the target of both experimental andtheoreticalstudiesinmineralphysics.Startingfromtheearly90s,theadvancesin high-performance computational capability has allowed us to incorporate these m- eral physics findings into large-scale computational modeling of mantle convection; and these studies have highlighted the complexities of mantle convection caused by the variation in density due to both thermal and chemical anomalies (and viscosity) in the Earth's deep interior.