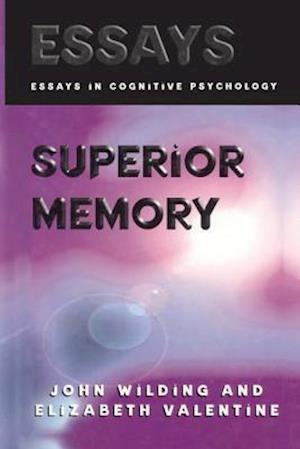 This book examines the nature and causal antecedents of superior memory performance. The main theme is that such performance may depend on either specific memory techniques or natural superiority in the efficiency of one or more memory processes.Chapter 2 surveys current views about the structure of memory and discusses whether common processes can be identified which might underlie general variation in memory ability, or whether distinct memory subsystems exist, the efficiency of which varies independently of each other.Chapter 3 provides a comprehensive survey of existing evidence on superior memory performance. It examines techniques which underlie many examples of unusual memory performance, and concludes that not all this evidence is explicable in terms of such techniques. Relations between memory ability and other cognitive processes are also discussed.The remainder of the book describes the authors' own studies of a dozen memory experts, employing a wide variety of short- and long-term memory tasks. These studies provide a much larger body of data than previously available from studies of single individuals, usually restricted to a narrow range of tasks and rarely involving any systematic study of long-term retention.The authors argue that in some cases unusual memory ability is not dependent on the use of special techniques. They develop some objective criteria for distinguishing between subjects who demonstrate "natural" superiority and those "strategists" who depend on techniques. Natural superiority was characterised by superior performance on a wider range of tasks and better long-term retention.The existence of a general memory ability was further supported by a factor analysis of data from all subjects, omitting those who described highly-practised techniques. This analysis also demonstrated the independence of initial encoding and retention processes.The monograph raises many interesting questions concerning the existence and nature of individual differences in memory ability (a previously neglected topic), their relation to other cognitive processes and implications for theories concerning the structure of memory.