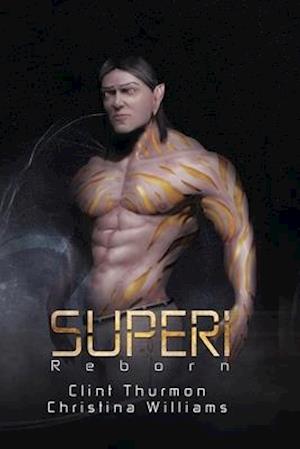 3,000 years ago an Angeli by the name of Nathon Bealson made a wonderful discovery. With the aid of his ability, he was able to open a great gate way that allowed Superians to travel to any of the dozens of moons surrounding their planet, but it wasn't enough. It was then he made a terrible discovery, a life changing discovery that would curse us all. He found that if he combined his epoto ability, with that of his gate making ability, he could pull an endless supply of energy from the elements, and use it to fuel is own strength. The reach of the gate ways he created became boundless. By fortune or error he found a planet larger than our own, weightless, and lit by a single sun. It was called Earth. After many sojourns through the gate way, Superians grew curious, and joined Nathon across the galaxy to explore the new world. In the years that followed, our welcome wore thin, and we found ourselves confronted by beings that called themselves gods. The gods were terrible, short tempered, and thought themselves invincible. Close to immortal, yes, but they were not invincible. A war broke out between the angeli and the gods, and for time, we were winning. Greeks, they called themselves, but when the Egyptian gods arrived the tables turned. Indian gods, and their Norn brothers and sisters, assured our defeat. The battle was pure chaos, an atmosphere in which some of the gods drew added strength. We destroyed the very island we battled upon, sinking it into the depths of the oceanus, but it wasn't enough. The fight for our survival began. We ran back through the gate way, in full retreat, but they followed us through. It wasn't enough for them to defeat us. They wanted to guarantee that we'd never return. It was an Egyptian god that cursed our race; splitting our bodies into two beings each, and creating four new races who became known as: the mortalis, the nox, the fulgo, and the fera. Still the gods were not satisfied. A Greek cursed our minds so that we could never advance in knowledge; trapping us in our current state. So, here we are, broken into four races and unable to cross breed. Forced to never again know our true form. We will never feel our true strength, never wield the power of our ancestors, and we will never know what the Superians could have become had Nathon Bealson stopped at the moons, instead of reaching so far. Ignorant to the possibilities knowledge could have gained us, we wait. We wait for the one with promise. We wait for our birthright to be returned to us, and for the day when we are reunited as one people; whole and complete, beautiful and powerful. We wait, to one day rise again...as the Angeli.