- How Fathers Balance Work and Family in the 21st Century 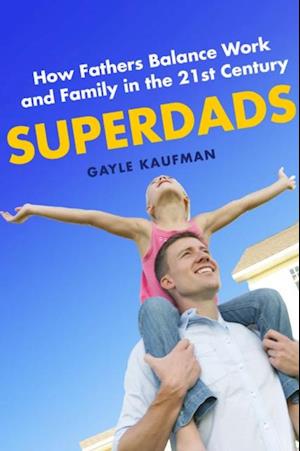 'Look! There in the playground -- with the stroller and diaper bag! It's Superdad! Yes, it's Superdad-the most involved fathers in American history. And with this careful, compassionate and also critical group portrait, Gayle Kaufman has finally told their story. If you think men aren't changing-or if you think they somehow get neutered if they are changing-you need to read this book.'-Michael Kimmel, author of Guyland In an age when fathers are spending more time with their children than at any other point in the past, men are also facing unprecedented levels of work-family conflict. How do fathers balance their two most important roles-that of father and that of worker? In Superdads, Gayle Kaufman captures the real voices of fathers themselves as they talk about their struggles with balancing work and family life. Through in-depth interviews with a diverse group of men, Kaufman introduces the concept of 'superdads', a group of fathers who stand out by making significant changes to their work lives in order to accommodate their families. They are nothing like their fathers, 'old dads' who focus on their traditional role as breadwinner, or even some of their peers, so-called 'new dads' who work around the increasing demands of their paternal roles without really bucking the system. In taking their family life in a completely new direction, these superdads challenge the way we think about long-held assumptions about men's role in the family unit. Thought-provoking and heartfelt, Superdads provides an overview of an emerging trend in fatherhood and the policy solutions that may help support its growth, pointing the way toward a future society with a more feasible approach to the work-family divide.