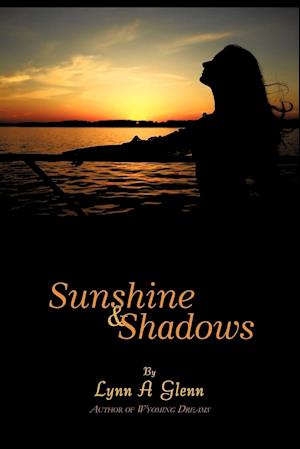 "Mommy! Mommy! He was staring at me again!" As Samantha wrapped her arms around a sobbing, five year old Paige, she was having regrets about having moved back up to Pine Shores Retreat, her parents' resort in Northern Minnesota. It was supposed to be a time of healing, after the death of her husband. Instead, the decaying resort and her parents' strange behavior increased her stress and now Paige imagined a "shadow man" threatening her. Sitting on the dock, Sam barely recognized the tall, attractive man, with the mischievous smile that joined her. Marc! He was her childhood friend and fishing buddy from the neighboring Wilderness Resort. Five years younger and still in school when she left for the cities, he had certainly left boyhood far behind. Marc, now co-owner of the Wilderness Resort, offers to help Sam, but not wanting to involve him in her problems, she refuses. During the summer, Sam fights the growing attraction for Marc, though it's obvious the feelings are returned. After a disturbing incident, Sam is convinced that someone is stalking her little girl - but who could it be? The mystery increases, but Marc's desire for Samantha will not be denied.