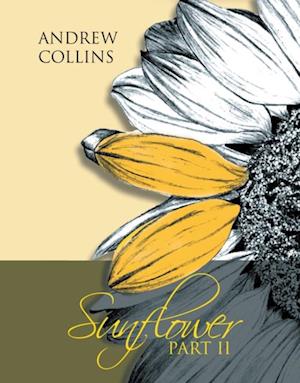 Hard-hitting, truthful, raw and challenging; something the author tried to convey when writing his sophomore book Sunflower II. This book moves on with the best styles from before but evolving into an entity of its own. The writing styles again are varied, as a sign of the differences in topics occurring today; all being relevant and sometimes emotional. This book explores the depths of the readers conscience, challenging them to actually make a difference; to stand up for what they believe in. If you are looking for a pick-me up, a read on a long commute to work, or just something different then Sunflower II has this in every way.Part II is a clear movement from the first in the collection; being more refined, mature and thought-through. The clear message of equality and ecoonomical decline is key to the messages behind the book; whilst being inter-twined with the messages of love, trust and sadness. All poems individually hold separate meanings but as a collective they show how diverse society is; with its multicultural issues that affect everyday life.Some pomes are direct follow-ups to part one, showing the writers movement from child to young adult; something which based the foundations for the authors passion towards writing the series.The intial poem Evolution defines clearly how the author has moved forward both in terms of linguistics and maturity. His faith in life and after-life boasts glory and hope; something which other poems such as Given Up & ECG move awayfrom. Clear indications of love shine through, love for the authors spouse, friends, family and those deceased. Family being the central poem to the book is a reflection on the authors feelings towards his entire family structure; with a sense of sombre remorse towards some and joy towards others.There have only been a select few poems having been illustrated; these forming the key poems to the book. Poems ilustrated are: Carnivore, Hooker, That Child, The Journey of Fatty, and The Three Wise Monkeys. Carnivore is a poem about society, with clear indications towards political groups in the UK and how they have manipulated the economy to suit their needs. Hooker is a poem which has been described by the author as his own thoughts on how people as individuals seek success in such a competitive world; being forced to take high risks and removing anyone who stands in their way. That Child is a direct follow on from Child in part one, being a look-back on how the child has grown and how his story has changed him into what he is today; again being the final poem of the book. The Journey of Fatty is possibly the most personal poem to the author (second to Monsters) as it shows the authors struggle with his weight and his journey with Slimming World; expressing his fondness for the group and yet holding on to the memories of why he actually joined in the first place. The Three Wise Monkeys is a collection of three poems which look at the world and nature; it clearly shows no sign of holding back when attacking the human race as a collective for destroying greenland and the environment.All in all, Sunflower Part II is the follow-up to a body of work taking over ten years to complete. It is something the author is proud to have worked on and somehting which he hopes will inspire others to do the same.