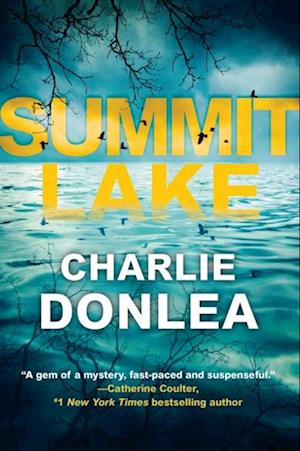 When a law student is murdered in the Blue Ridge Mountains, a report uncovers a dark double life in this ';gem of a mystery, fast-paced and suspenseful' (Catherine Coulter, # 1 New York Timesbestselling author). Nestled in the Blue Ridge Mountains of North Carolina, Summit Lake seems too pristine for violent crime. But two weeks ago, law student Becca Eckersley was murdered in one of its quaint lakefront houses. The daughter of a powerful attorney, Becca was ambitious, hard-working, and beloved. And, while the town reels with grief, the police are without a suspect. To investigative reporter Kelsey Castle, the savagery of the crime, and the determined efforts to keep the case quiet, all hint at something far more sinister than a random attack. Digging deeper despite warnings and danger, Kesley begins to feel a connection to the dead girl. And the more she learns about Becca's friendships, her love lifeand the secrets she was keepingthe more convinced she becomes that learning the truth about Becca could be the key to overcoming her own dark past.