Summary of Sara Manning Peskin's A Molecule Away from Madness 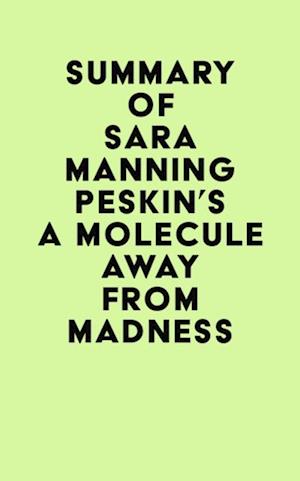 Please note: This is a companion version & not the original book. Book Preview: #1 DNA had a lackluster start in the scientific world. It was only discovered in 1944, by Dr. Oswald Avery, who was a nearly retired Canadian bacteriologist with a wide forehead and a narrow chin. He was a drably dressed creature of habit.#2 Avery's experiment proved that DNA was the long-sought-after molecule that conferred hereditary traits. With only four nucleotides to use as building blocks, it is no wonder Miescher doubted that DNA could be the molecule of heredity.#3 The sequence of human DNA is nearly three billion nucleotides long. We can withstand a surprising number of mutations without experiencing any harm. But sometimes, in particularly important parts of our DNA, even a change in a single nucleotide can be lethal.#4 Amelia had long convinced herself that the test results would be bad news. She had seen her life as a series of blunders and near catastrophes. Her parents had divorced when she was three years old, and her mother had struggled to keep low-paying jobs.