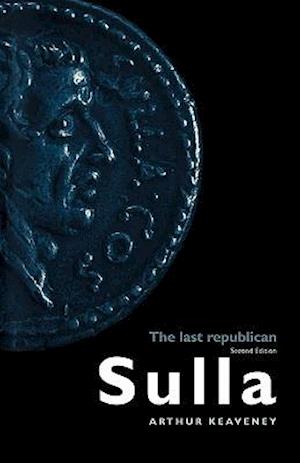 In this second edition of Arthur Keaveney's classic biography, a fresh generation of students, scholars and readers are introduced to one of the most pivotal figures in the outgoing Roman Empire.A definitive book in its field, this second edition is a must read. Completely rewritten and updated to include the further discoveries of the last two decades, it challenges traditional views of Sulla as a tyrant and harsh military dictator and instead delivers a compellingly complex portrait of a man obsessed with the belief that he was blessed with divine favour.Written by a leading authority on the classical world, this lively and entertaining book transports us through Sulla's rise from poverty and obscurity to his dictatorship of Rome, highlighting his dedication and achievements in better ordering the Republic before his decline a generation later.

Forfattere
Bibliotekernes beskrivelse In this second edition of his classic biography, the leading authority on the classical world introduces a fresh generation of student, scholars and readers to a pivotal figure of Rome. 5 Line drawings, black and white