Suicide in the Middle Ages: Volume 1

indgår i serie Suicide in the Middle Ages 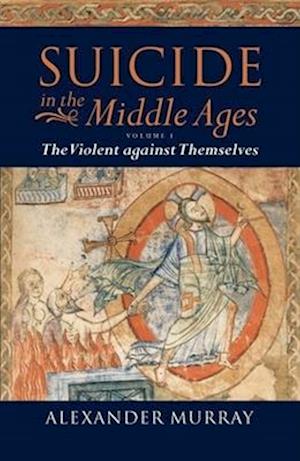 `Suicide' and `the Middle Ages' sounds like a contradiction. Was life not too short anyway, and the Church too disapproving, to admit suicide? And how is the historian supposed to find out? In this first volume of his trilogy, Alexander Murray takes the methodological question first, as a key to the testing of all other assumptions. After answering it, he shows that there were indeed suicides, of types and configurations astonishingly modern, if not in numbers per capita. 'The violent against themselves' included rich and poor, townsmen and peasants, men and women, married and unmarried, their motives all too familiar: physical and mental illness, chronic or suddenpoverty, arrest, disgrace, heartbreak in love, even what modern doctors might call depression. Following the sources as close to the events as they will lead, the author calls on these fugitives to give an account of themselves. In doing so, they also shed new light on features of their world we thought we allunderstood.

Forfattere
Bibliotekernes beskrivelse `Suicide' and `the Middle Ages' sounds like a contradiction. Was life not too short anyway, and the Church too disapproving, to admit suicide? Examining a wide range of suicides, and exploring how the living reacted to them, Alexander Murray takes the reader on a remarkable odyssey through medieval law, social life, literature, and religion. 4pp plates, 2 in-text halftones, 38 line figures