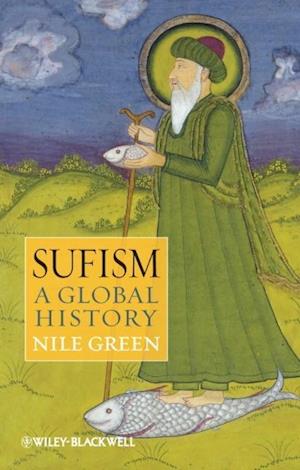 Since their beginnings in the ninth century, the shrines, brotherhoods and doctrines of the Sufis held vast influence in almost every corner of the Muslim world. Offering the first truly global account of the history of Sufism, this illuminating book traces the gradual spread and influence of Sufi Islam through the Middle East, Asia, Africa, and ultimately into Europe and the United States. * An ideal introduction to Sufism, requiring no background knowledge of Islamic history or thought * Offers the first history of Sufism as a global phenomenon, exploring its movement and adaptation from the Middle East, through Asia and Africa, to Europe and the United States of America * Covers the entire historical period of Sufism, from its ninth century origins to the end of the twentieth century * Devotes equal coverage to the political, cultural, and social dimensions of Sufism as it does to its theology and ritual * Dismantles the stereotypes of Sufis as otherworldly 'mystics', by anchoring Sufi Muslims in the real lives of their communities * Features the most up-to-date research on Sufism available

Forfattere
Bibliotekernes beskrivelse Sufism: A Global History is a unique account of global Sufism, tracing the gradual spread and adaptation of Sufi Islam through the Middle East into Central Asia, India, Southeast Asia, Africa, and in the 20th century Europe and America.