Suffrage Discourse in Britain during the First World War 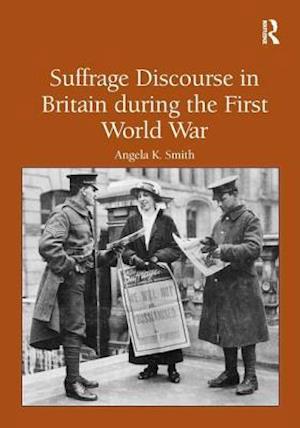 In the first in-depth study of the relationship between the suffrage campaign in Britain and World War I, Angela K. Smith explores the links between these two defining moments of the early twentieth century. Did the opportunities afforded by the war enable women finally and irrefutably to demonstrate their right to full citizenship? Or did World War I actually postpone women's enfranchisement? Although the Suffrage Movement was divided by the outbreak of war, many women continued to campaign for the vote, producing a wide variety of fictional and nonfictional 'suffrage texts'. Whether the writing of these women demonstrated their patriotism, pacifism, or ambivalence, it formed an integral part of their political responses to the war. Through textual/literary analysis of Suffrage magazines, wartime diaries, and a range of topical novels, Smith explores these responses within historical, social, and cultural contexts to understand the impact of the war on the success of the campaign in 1918 and the consequences for the years that followed.