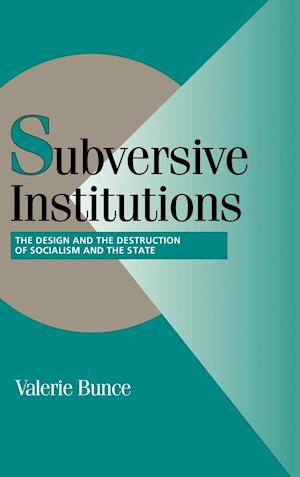 From 1989 to 1992, all of the socialist dictatorships in Europe (including the Soviet Union) collapsed, as did the Soviet bloc. Yugoslavia, the Soviet Union and Czechoslovakia dismembered, and the Cold War international order came to an abrupt end. Based on a series of controlled comparisons among regimes and states, Valerie Bunce argues in this book that two factors account for these remarkable developments: the institutional design of socialism as a regime, a state, and a bloc, and the rapid expansion during the 1980s of opportunities for domestic and international change. When combined, institutions and opportunities explain not just when, how, and why these regimes and states disintegrated, but also some of the most puzzling features of these developments - why, for example, the collapse of socialism was largely peaceful and why Yugoslavia, but not the Soviet Union or Czechoslovakia, disintegrated through war.