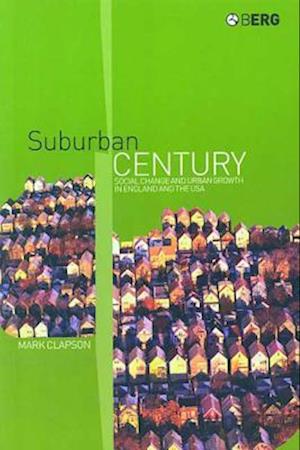 Bad architecture. Soulless. Destructive of communities. The suburbs are much-maligned places. We see this time and again in films like American Beauty and novels like The Ice Storm. But are they really as homogenous and conservative as we think they are? In this wide-ranging comparative study of England and the United States, Mark Clapson offers new interpretations on suburbia. The majority of people in both countries now live in suburbs, largely as a result of the rising affluence of the postwar period. Millions of Americans pursued an aspiration to settle away from the poorer town and city centres in new subdivisions, while in England people were keen to leave terraced streets and poorer suburban housing areas. Examining housing policies, the politics of affluence and social class, Clapson challenges deeply held myths by demonstrating the complexity of suburban life. He shows how suburbs are becoming increasingly multicultural and compares the minority experience in both countries. He analyzes voting patterns to reveal some surprising political trends. In addition, he discusses gender and the experience of community life.Throughout, he uncovers the similarities and differences in the English and American experience of suburbanization in the twentieth century. This is a timely and original account that looks beyond the stereotypes of life in the 'burbs.