Submissively Addicted To You 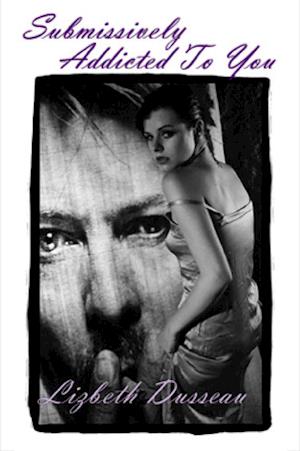 On one remarkable spring day, the fresh-faced, 20 year old virgin Polly Montgomery has her whole life turned on end, when an out-of-the-closet lesbian, Galen Davis, lures her to her room, and initiates the bewildered Polly into lesbian sex. That afternoon, while Polly is still reeling from the unexpected tryst, Dale Joyce, a pre-law big-man-on-campus invites her to his off campus house to work on a class project. Suddenly, the astute and very dominant Dale has taken her virginity in a profound scene of sexual submission. For the next three months, Polly becomes the acquiescent plaything to both Galen and Dale. While Galen's style is easy and seductive, Dale becomes a demanding and sometimes brutal master who takes this sexual novice into the dark realms of her sexual desires, into pain, humiliation and bondage. Once Galen and Dale graduate, however, Polly is on her own, and for the next ten years she submerges herself in a career producing Art videos for a local museum. Polly effectively ignores sex, until she finds herself enthralled by a Femme Dyke, Carly, who is soon demanding her submission. Then, as if history is repeating itself...while doing a pre-production interview with artist Howard Garth, Polly is stranded for two days at his hilltop home, when a mudslide takes out the road. Like Dale before him, Howard Garth keys in on Polly's profoundly submissive nature, and her brief but explosive affair reacquaints her with a raw sexual need she's tried to run from. Weeks later, at a museum opening, Polly finds herself enchanted by a famous, but reclusive black artist, Theo Gray. When Theo suddenly demands her presence at his Caribbean estate for an interview, she's more than ready to go. However, Gray's bodyguards unexpectedly whisk her away in a private jet, and Polly learns that Theo has more in mind for her than a simple interview. The luscious beauty is to be his next conquest, his next slave. Addicted to submission, Polly is taken deep into a world of sexual depravity that could become as dangerous to her future as it is erotically fulfilling in the moment. Theo Gray lives by his own rules, and will not stop before depriving the lovely Polly of her life, her friends, her job and her free will. Can Polly wrench herself from this addiction and end the affair with Theo before it's too late?