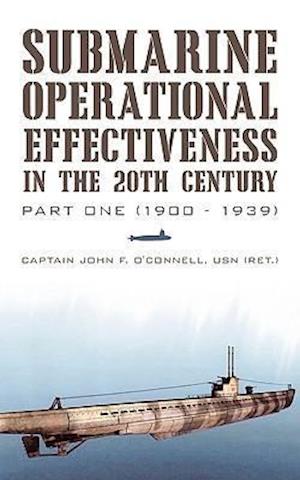 A very new weapons system, the lurking submarine with its self-propelled torpedoes fired from ambush changed the complexion of naval warfare forever. Both warships and merchant ships were at risk. In 1914 U-boats demonstrated their capability to sink major warships.

During 1915 they turned their attention to merchant ships and began to sink or capture them in wholesale lots. U-boats nearly won the First World War for Germany by forcing Great Britain into peace negotiations in late 1917. U-boats sank or captured over 6,100 ships during WW I. In April 1917 England had only six weeks grain supply left, and apparently had no adequate way to deal with the unrestricted U-boat offensive that Germany unleashed in February of that year.

Submarine Operational Effectiveness in the 20th Century deals with the first strategic submarine campaign and its outcome. It goes on to outline submarine development by major nations during the 1920s and 1930s, including submarine use during the Spanish Civil War. It ends in 1939, on the eve of World War Two, a war in which two massive submarine campaigns would be waged: the first by Nazi Germany against the Allies; and the second by the United States against the Empire of Japan.