- Bonds of Belonging in the Eighteenth-Century British Empire 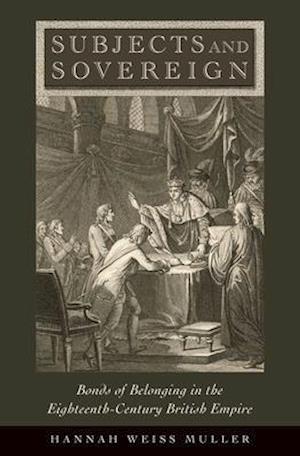 In the aftermath of the Seven Years' War, when a variety of conquered and ceded territories became part of an expanding British Empire, crucial struggles emerged about what it meant to be a "British subject." In Grenada, Quebec, Minorca, Gibraltar, and Bengal, individuals debated the meanings and rights of subjecthood, with many capitalizing on legal ambiguities and local exigencies to secure access to political and economic benefits. In the hands of inhabitantsand colonial administrators, subjecthood became a shared language, practice, and opportunity as individuals proclaimed their allegiance to the crown and laid claim to a corresponding set of protections. Approaching subjecthood as a protean and porous concept, rather than an immutable legal status,Subjects and Sovereigns demonstrates that it was precisely subjecthood's fluidity and imprecision that rendered it so useful to a remarkably diverse group of individuals.In this book, Hannah Weiss Muller reexamines the traditional bond between subject and sovereign and argues that this relationship endured as a powerful site for claims-making throughout the eighteenth century. Muller analyzes both legal understandings of subjecthood, as well as the popular tradition of declaring rights, in order to demonstrate why subjects believed they were entitled to make requests of their sovereign. She reconsiders narratives of upheaval and transformation during the Ageof Revolution and insists on the relevance and utility of existing structures of state and sovereign. Emphasizing the stories of subjects who successfully leveraged their loyalty and negotiated their status, she also explores how and why subjecthood remained an organizing and contested principle ofthe eighteenth-century British Empire. By placing the relationship between subjects and sovereign at the heart of this analysis, Muller offers a new perspective on a familiar period and suggests that imperial integration was as much about flexible and expansive conceptions of belonging as it was about the shared economic, political and intellectual networks.

Forfattere
Bibliotekernes beskrivelse Subjects and Sovereigns reexamines the traditional bond between subject and sovereign and argues that this relationship endured as a powerful site for claims-making in the eighteenth-century British Empire. 17 hts