Subject and Agency in Psychoanalysis

- Which Is to Be Master? 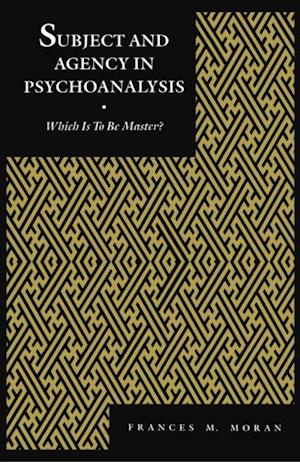 Psychoanalysis works with words, words spoken by a subject who asks that the analyst listen. This is the belief that underlies Francis Moran's rewarding exploration of a central problem in psychoanalytic theory namely, the separation of the concepts of subject and agency. Subject and Agency in Psychoanalysis contends that Freud simultaneously employs two frameworks for explaining agency-- one clinical and one theoretical. As a result, Freud's exploration of agency proceeds from two logically incompatible assumptions. The division between these assumptions is a part of Freud's psychoanalytic legacy. Moran reads the Freudian inheritance in light of this division, showing how Klein and Hartmann's theoretical concepts of subject are adrift from the subject who speaks in analysis. Moran also shows that while Lacan's subject provides more focus on this issue, Lacan reverts to the Freudian division in his use of logically contradictory assumptions concerning the location of agency. Drawing on contemporary theory development, from Lacanian innovations to the social theories of Anthony Giddens, Moran proposes a new and fertile approach to a fundamental problem, significantly narrowing the gap between psychoanalytic theory and practice.