- Alternative and Peripheral Urban Spaces in the Pre-Modern Period 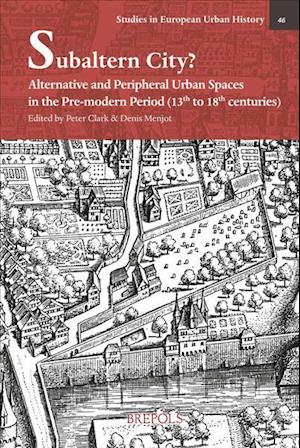 The purpose of this volume is to question traditional notions of city space in pre-modern Europe (with its stress on space being incorporated, regulated and integrated, dominated by its merchants and crafts), and to investigate how far it was in fact economically and politically pluralistic with a great variety of functions and juridictions. The volume examines comparatively the range of different urban spaces in and outside the medieval and early modern city from gardens, farmland and wasteland to industrial sites, poor and rich suburbs, shooting grounds, green space, grey space and military zones. Case studies cover cities in France, Germany, Italy, the Low Countries, England, Portugal and the Middle East . We ask: how far was the pre-modern city a compact city? Or was it in fact a 'subaltern city', as geographers have recently proposed, where many urban spaces were contested and the municipality has to be seen as only one key spatial actor?