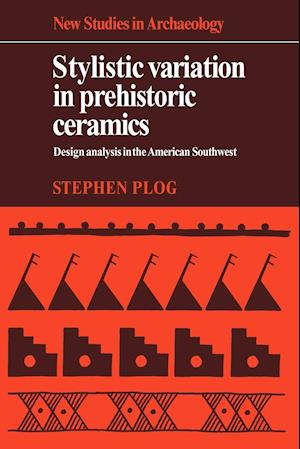 Using data drawn primarily from the American Southwest, Stephen Plog shows that there are basic problems with the methods archaeologists traditionally use to classify and analyse prehistoric pottery. Archaeologists have studied the painted designs and other stylistic (that is, non-functional) characteristics on different types of prehistoric artifacts in order to infer information about prehistoric social organization and cultural change. Such studies usually argue that the degree of similarity between the designs found on ceramic vessels at different prehistoric sites were occupied or from the amount of interaction between the people who occupied them. In Stylistic Variation in Prehistoric Ceramics, the author proposes that many factors, rather than just two, cause design or stylistic variation on artifacts. He demonstrates flaws in the logic and method of previous studies and suggests that the ways in which designs have been classified and understood are often inappropriate. Employing archaeological information from the Chevelon Canyon area of east-central Arizona, he constructs his own proposal for a new analytic framework. Professor Plog's study provides a major contribution to archaeological method and theory and should be of interest to a broad range of archaeologists.