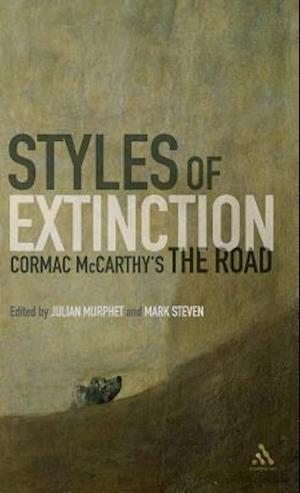 The Politics and Aesthetics of Cormac McCarthy's The Road brings together several leading literary scholars, one major philosopher, as well as a handful of emerging critical voices, all of whom deploy their own specialist methods in order to think through this bestselling, Zeitgeist-defining event of contemporary literature. There are two dominant modes of analysis gathered here: the first, performed by Julian Murphet, Paul Sheehan, and Mark Steven, is to locate the novel within its political, spiritual, and economic climates; the second, whose exponents include Paul Patton, Sean Pryor, Chris Danta, and Grace Hellyer, deals with the formal dimensions of McCarthy's characteristically brilliant prose in relation to its sparse narrative. By coupling historically sensitive analysis with incisive formal criticism, the contributors not only account for the matchless form of this exemplary novel; they also suggest that The Road has something unique to disclose about the world we inhabit.

Forfattere
Bibliotekernes beskrivelse This collection shows how Cormac McCarthy's The Road reacts aesthetically to many of the ethical, ontological, and political concerns that define our times.