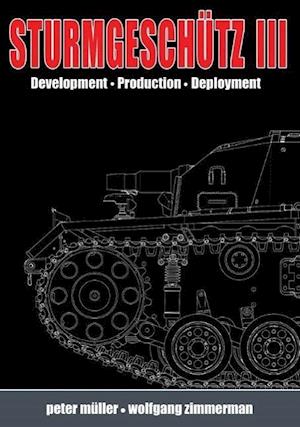 This first volume on the Sturmgeschuetz III puts the weapon in its historical context and supports information about production and combat. Volume II will provide information for identification of variants and their production months. Both volumes together will give readers a full survey of the technical development of the German World War II Assault Guns.Research material for this volume includes over 400 documents. These documents provide the base for a new view on the history of this important weapon system of the Wehrmacht. The documentation is illustrated by some 125 photographs, some of them unpublished hitherto, 70 graphs and plans about the Assault Gun and has some 500 source references. To make orientation easy, documents and illustrations are arranged in chronological chapters. Technical development of the Stug III, series production, the variants of the Assault Guns and their deployment with Heer, Luftwaffe and Waffen-SS are all covered in detail.Rounding off the publication is an annex giving details of production, acceptance and delivery of the vehicles. For the first time it was possible to research the production numbers down to the exact number and to express the production numbers in a way the reader can recalculate it. A list of literature, covering four pages, closes the appendix. The bibliography is, because of its size, not printed in the book but available for download on the publishers' homepage only.About the AuthorThe author, Peter Muller, was a Lieutenant Colonel in the Swiss Army and is now a military historian. For the past quarter of a century, he has researched armament from the 1914-1945 period. Combined with extensive studies of archived records, Muller presents his new findings on a classic subject.

Forfattere
Bibliotekernes beskrivelse This first volume on the Sturmgeschuetz III puts the weapon in its historical context and supports information about production and combat. Volume II will provide information for identification of variants and their production months. 125 photographs, 70 graphs, facsimiles