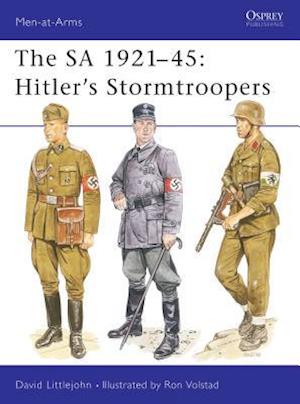 In 1919 Adolf Hitler joined the tiny German Workers' Party (DAP) in Munich, becoming its leader the following year and adding 'National Socialist' to its title. Thus the NSDAP, popularly known as the Nazi Party, was born. All political parties had strong-arm squads to protect their meetings from disruption by rivals, and the NSDAP was no exception. In August 1921 ex-naval Lieutenant Hans Ulrich Klintzsch took command of the NSDAP's 'Defence and Propaganda Troop' which, the following month, was renamed the SA (Sturmabteilung = Storm Detachment). David Littlejohn's fine text examines the history, uniforms and insignia of Hitler's stormtroopers prior to and during World War II.