- The Lord of the Rings 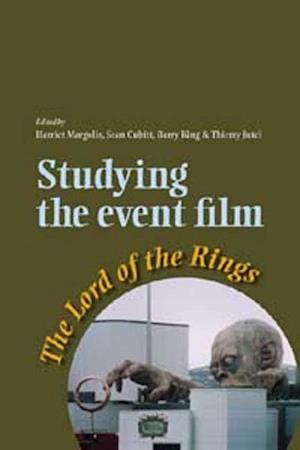 Peter Jackson's epic trilogy, the biggest film event of the 21st century, turned the best-selling book of the 20th century into a popular, critical and financial success all over again. This comprehensive collection draws together twenty-five essays on the making, the meaning and the reception of The Lord of the Rings. There is a section on the business of the 'event film', critical chapters on techniques and meanings ranging from music to spirituality, essays on the multimedia products associated with the films, observations on the trilogy's global audience, and an informative dossier of reviews, interviews, production details and box-office returns. More closely integrated, and more attuned to the global marketplace than the older blockbusters, the event film, with its attention-grabbing pitch for the status of news, will be one of the most influential media forms of the coming years. These meticulous essays combine with Peter Jackson's remarkable trilogy to form a unique entry to the study of 21st century media. -- .

Forfattere
Bibliotekernes beskrivelse Focuses on the business of the event film, and includes chapters on techniques and meanings ranging from music to spirituality. This title offers essays on multimedia products associated with the films. It also contains a dossier of reviews, interviews, production details and box-office returns. Illustrations, black & white