Studies on the Abuse and Decline of Reason

indgår i serie COLLECTED WORKS OF F A HAYEK 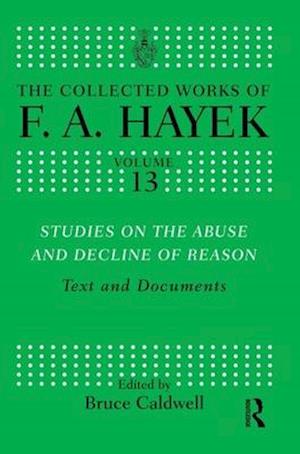 "The studies of which this book is the result have from the beginning been guided by and in the end confirmed the somewhat old-fashioned conviction of the author that it is human ideas which govern the development of human affairs," Hayek wrote in his notes in 1940. Indeed, Studies on the Abuse and Decline of Reason remains Hayek's greatest unfinished work and is here presented for the first time under the expert editorship of Bruce Caldwell.In the book, Hayek argues that the abuse and decline of reason was caused by hubris, by man's pride in his ability to reason, which in Hayek's mind had been heightened by the rapid advance and multitudinous successes of the natural sciences, and the attempt to apply natural science methods in the social sciences.