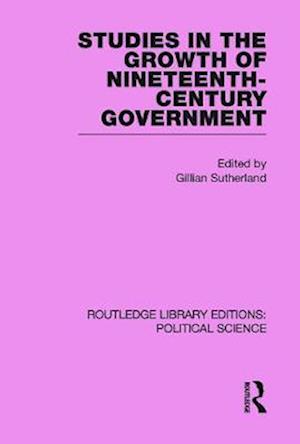 The main theme of this book is the complex relationship between government servants and the world around them and this is explored in a number of ways. The essays include studies of the people who played an important part in the development of 19th century government: there is a chapter on the transmission of Benthamite ideas, an ccount of John Stuart Mill and his views on utilitarianism and bureaucracy, and of the work of Charles Trevelyan on the Northcote-Trevelyan Report. The Treasury, the Colonial and Foreign Offices, the Labour Department of the Board of Trade are also examined in relation to government growth in the period.