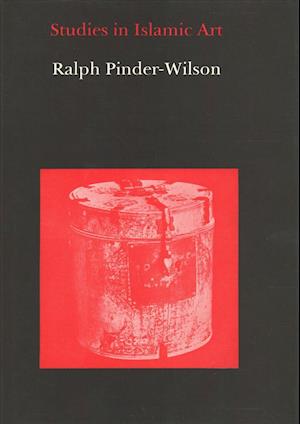 This volume brings together twenty-four of Ralph Pinder-Wilson's studies on Islamic art, published over thirty years. These deal mainly with the decorative arts - lustre pottery, bronze, jade and glass - a field in which the author is an eminent authority. The objects covered range from early Islamic glass and lustre ware to the ivories produced in Norman Sicily and later Persian bronzes. The art of Mughal India and Afghanistan is also covered, in a number of important studies on manuscripts produced for Persian and Mughal rulers from the fifteenth to the seventeenth centuries. Two major papers reprinted here range outside the usual field of the art historian. The first, a study of the Malcolm celestial globe, explores the history and iconography of Islamic depictions of the constellations; the second, a study of the Persian garden from the Achaemenid to the Qajar period, explores the textual evidence, and discusses the influence of this type of garden on the visual arts. Preface The Illuminations in the Cairo Moshe b.-Asher Codex of the Prophets A Persian Translation of the Mahabharata: a Note on the Miniatures Persian Painting of the Fifteenth Century An illustrated Mughal Manuscript from Ahmadabad Three illustrated Manuscripts of the Mughal Period Tughras of Suleyman the Magnificent The Minaret of Mas'ud III at Ghazni Le Mihrab decore de Darra-i-Shakh A Persian jade Cup An inscribed jade Cup from Samarqand: Glass in China during the T'ang Period Cut glass Vessels from Mesopotamia Two drinking Flasks from Asia An early Fatimid Bowl decorated in Lustre A lustre relief Dish of the early Islamic Period An ivory Casket from Norman Sicily The Reliquary of St. Petroc and the Ivories of Norman Sicily A silver Ladle and Amulet Case An Islamic Ewer in Sasanian Style Two Persian bronze Buckets A Persian bronze Mortar of the Mongol Period The Persian Garden: Bagh and Chahar Bagh The Malcolm Celestial Globe Additional Notes Index.