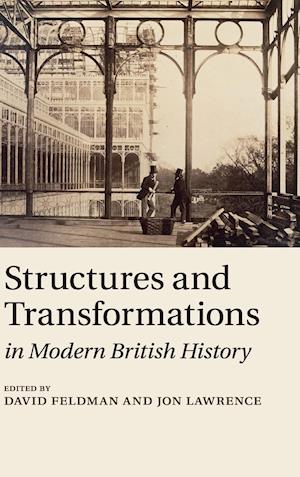 This major collection of essays challenges many of our preconceptions about British political and social history from the late eighteenth century to the present. Inspired by the work of Gareth Stedman Jones, twelve leading scholars explore both the long-term structures - social, political and intellectual - of modern British history, and the forces that have transformed those structures at key moments. The result is a series of insightful, original essays presenting new research within a broad historical context. Subjects covered include the consequences of rapid demographic change in the eighteenth and nineteenth centuries; the forces shaping transnational networks, especially those between Britain and its empire; and the recurrent problem of how we connect cultural politics to social change. An introductory essay situates Stedman Jones's work within the broader historiographical trends of the past thirty years, drawing important conclusions about new directions for scholarship in the twenty-first century.

Forfattere
Bibliotekernes beskrivelse Inspired by the work of Gareth Stedman Jones, Structures and Transformations in Modern British History contains major essays on modern British history by leading scholars in the field. Ranging across core issues in social, cultural, imperial and political history, the collection will prove indispensable for anyone interested in what is new in modern history. 2 Line drawings, unspecified