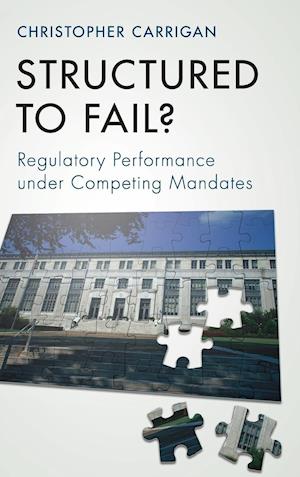 In the search for explanations for three of the most pressing crises of the early twenty-first century (the housing meltdown and financial crisis, the Gulf oil spill, and the nuclear disaster at Fukushima), commentators pointed to the structure of the regulatory agencies charged with overseeing the associated industries, noting that the need to balance competing regulatory and non-regulatory missions undermined each agency's ability to be an effective regulator. Christopher Carrigan challenges this critique by employing a diverse set of research methods, including a statistical analysis, an in-depth case study of US regulatory oversight of offshore oil and gas development leading up to the Gulf oil spill, and a formal theoretical discussion, to systematically evaluate the benefits and concerns associated with either combining or separating regulatory and non-regulatory missions. His analysis demonstrates for policymakers and scholars why assigning competing non-regulatory missions to regulatory agencies can still be better than separating them in some cases.

Forfattere
Bibliotekernes beskrivelse Carrigan systematically challenges accepted principles of regulatory design by combining a statistical analysis of a broad set of US agencies with an in-depth case study of the role of the Minerals Management Service in the 2010 Gulf of Mexico oil spill to develop important conclusions for policy. Worked examples or Exercises