Structure and Function of Plant Roots

indgår i serie DEVELOPMENTS IN PLANT AND SOIL SCIENCES 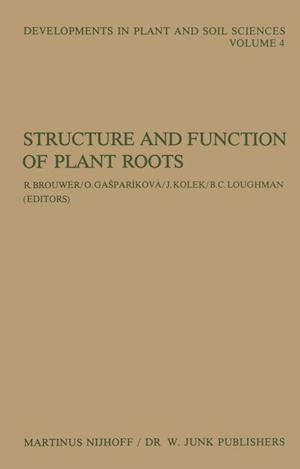 The 2nd International Symposium on Structure and Function of Roots or- ganised by the Slovak Academy of Sciences was held in Bratislava in early September 1980 and continued the theme ofits 1971 predecessor at Tatranska Lomnica. The symposium started with 'structural characteristics of roots in relation to the process of growth'. The approach was notable for the way in which it brought together cytologists, electron microscopists and physiologists to discuss pro- blems of common interest and set the scene for a muItidisciplinary approach to the remainder of the Symposium. Metabolie aspects of roots under normal conditions and after being exposed to stress received considerable attention, together with interesting contributions concerned with responses of roots to gravity. The session on water movement provided a useful balance between theoretical papers on the one hand and the resuIts ofthe use ofnew experimental approaches to the problem on the other. The Symposium continued with the examination of factors affecting the transport 01' ions into and across roots, particular attention focussing on metabolie aspects concerned with delivery ofions to the shoot.The problems associated with coordinating the separate functions 01' the root were introduced by a group ofpapers, again supported by contributions in which new experimental methods were described.