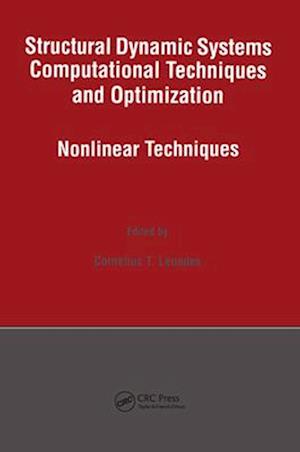 Nonlinear structural dynamic systems which are multi-degree of freedom systems involve, for instance, matrix dynamic equilibrium equations, which can be of various order up to very high order. In these equations, the nonlinear quantities can be dependent on time and other terms, such as scalar variables, which are dependent on time. Frequency response and response time derivatives would also, of course, be involved. Nonlinear terms can account for dissipative phenomena and can be due to other physical phenomena. In fact, many engineering structures involve time-dependent properties such as, stiffness elements of specific structural components which can change according to the stress level. Other examples of dynamic elements of nonlinear structural systems can include system mass and damping distribution elements which evolve with time, such as railway or highway bridges and other structures, which interact with external agencies generating the system motion (for example, trains, a queue of vehicles, or other external agencies.) This volume is a rather comprehensive treatment of many of the techniques and methods which are utilized for the analysis of nonlinear structural dynamic systems.

Forfattere
Bibliotekernes beskrivelse Explores nonlinear structural dynamic systems which are multi-degree of freedom systems that involve, for instance, matrix dynamic equilibrium equations, which can be of various order up to very high order.